In two days I’m getting on a plane and leaving for India for 2 months.

As Britt and I have mentioned about 10,000 times, and as is currently evident by the fact that Britt is living on an air mattress on our friend’s floor after losing her house, we are gypsies at heart.  Because that is the case, when I chose to go to grad school until 2015, I made a deal with myself.  I could only go to grad school if I used the two honest-to-God summers that grad school includes to travel.  I had to find ways to go places in this big crazy world before life sets in and bitches start coming after me for student loan payments.

To be honest though, India wasn’t really on my radar.  Despite things like this…

…It had just never crossed my mind to go there.

But then, back in January, I got to talking to Tarah.

This is Tarah. (And Britt and Sedale and Amaka)

Tarah has just finished year 2 of her MFA in Acting at USC.  Put another way, she’s a year ahead of me in the program.  Here’s a picture of Tarah without sunglasses on, lookin’ all serious n’ actor-like n’ whatnot. 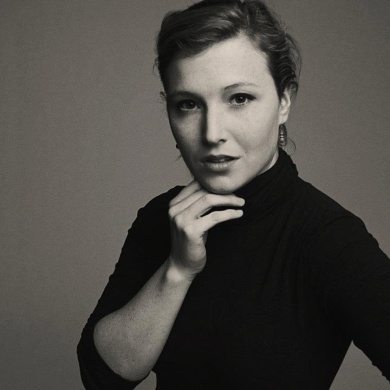 Tarah was telling me about how for years now, her good friend Khen Rinpoche has been trying to get her to come up to Ladakh in Northern India and see the school that he runs there–The Siddhartha School.  She decided she was finally going to go this summer so she could attend the school’s anniversary celebration, but she was nervous about traveling abroad for the first time alone.  We talked for a long time that night, and somehow, in her infinite generosity and love and wisdom and amazingness, she invited me to go with her.

“Be careful about inviting me.  Because I’ll go.”

5 months later, we’ve done all the preparation we can muster and now we are itching to get on the plane and just go.

As Tarah and I planned our trip, we realized it’s not actually cost-effective to go to India for a short amount of time, because the flight over there is expensive, but it’s super super super cheap once you’re there.  So the longer we stay, the further my tiny summer budget will stretch.  Cause let’s be real, I’m living off my leftover student loan money, y’alllllll.  Anyway, we both had an interest in studying yoga, and Rishikesh, India is not far South of Ladakh, and it’s the yoga capital of the world.

So.  We fly into Delhi on Sunday night, and after a brief visit to Agra to see the Taj Mahal, we’ll journey North to spend a month studying yoga in Rishikesh and a month visiting Ladakh.  We’re hoping that by the time we fly home, we’ve figured out how to levitate so we don’t have to take a plane.

In all seriousness, though, I could not be more grateful and excited and humbled to be making this journey.  We’re as well-prepared as you can possibly be, and I feel so blessed to be Tarah’s companion on this trip.  I’m ready to go to India with a savvy mind, a free spirit, and an open heart.  Let’s doooo it.

I will post as much as I can to TwoEvilActors while I’m gone, but I’m sure Britt will have plenty to tell you about until I come back, and once I am back in the U.S. it won’t be long until the Two Evil Actors are reunited in sunny Los Angeles.  Until then, namaste…

3 thoughts on “dani goes to india”